Once again, some folks are criticizing Mariah Carey’s NYE performance in below-freezing weather. (I say the following not as an MC fan specifically, but as one who thinks about the realities of a changing instrument amidst increasingly rigid and unrealistic expectations of pop audiences.) My question is: how do uber-stars cope with voices and bodies that mature? At nearly 50, it must be difficult for MC to deal with audiences’ super-high expectations that will probably get increasingly harsher and more unrealistic as she gets older. Contemporary pop songs highlight vocal calisthenics of the singer and don’t seem to have much wiggle-room for maybe not hitting those runs or those big notes that catapulted singers into uber-stardom if the planets don’t align that night. So much at stake: uber-stardom yields uber-paychecks.

So the best mature vocalists do the best they can with what they have, vocally and songwise. Jazz stars who started their careers as teens had to adjust their repertoire, singing styles, range, and approach to the realities of their instrument as the ravages of touring, big notes at all costs, and life wore on their voices. Sarah Vaughan adjusted, and so did Ella Fitzgerald. Digital studio magic ill-prepares pop audiences for even an extraordinary voice like Mariah’s for change and adjustment. Many were not forgiving of Whitney Houston’s voice, in her last years. I wonder what will happen to Beyonce, Christina Aguilera, and other post-90s vocalists in the future. I wish MC and the rest of them well, and that they can find ways to keep using their natural gifts in healthy ways that still move people. (((Thank God for the forgivingness of Jazz! I wouldn’t want the pressure of always competing with my 19-year old voice.))) I hope MC continues to train her audiences in dealing with real vox humana, rather than lip-synching. BTW – I think she got through her 2nd song more successfully. Kudos to her for pushing forth. ~ Dawn Norfleet, Ph.D. Musician and Educator

On a personal note, I began my singing career at 4 years old at the RKO Lowe’s Theater on Sutphin Boulevard and Hillside Avenue in Jamaica, New York, under the tutelage of my mother, Charlotte Galloway Cartwright, and my dance teacher, the illustrious Bernice Johnson, wife of famed saxophonist Budd Johnson. The first song I sang on stage was Somebody Loves Me in English and French. What attracted me the most was the bright footlights. Those lights lit something up inside of me at that very tender age and I went on to rock stages until November 2014, a month before my 68th birthday.

With regard to uber stars like Mariah Carey, I believe it is important to constantly reinvent yourself and manifest new and exciting experiences throughout your life. The word ‘star’ has tripped up many talented artists. But turn it around – rats – and it can bring you way down. The indignation suffered by Whitney Houston had nothing to do with her singing ability and everything to do with her ability to reinvent herself.

I always taught my students to recognize the importance of being present for the audience. You can sing by yourself in the shower. But when you step on stage, it is to be there for the audience. However, uber stars tend to go one of two ways:

My solution to the age-old problem of ageism while being a performer was to create a new reality – I went back to school and earned a doctorate in business. However, too many musicians believe they know everything they need to know by the time they reach 60. Most have no financial plan for living until they are 90. Lionel Hampton could not walk across the stage to his vibraphone, even though, after being pushed there in a wheelchair, he played his proverbial ass off.

I did not want to drop dead on a stage. After 63 years of performance, with a couple of years off for good measure, I decided I’d sung Misty, Take the A Train, and Tenderly quite enough! Lucky for me, my daughter, Mimi Johnson, followed in my footsteps, giving me plenty of opportunities to live vicariously through her. Mimi took it one step further and formed an online TV station – www.mjtvnetwork.info – (MJ = Mimi Joan). 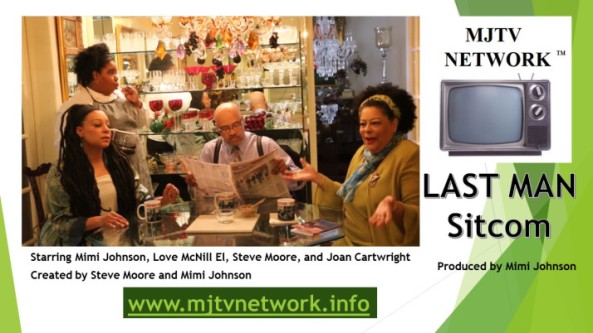 Mimi made me an actor in two of her sitcoms, presented me on her talk show The Arts Reporter, featured my books on MJTV HOME SHOPPING BROADCAST, and my recipes on Genius Cooking!  This was reinvention at its best because I was doing it, my daughter was.

Eleven years ago, I manifested Women in Jazz South Florida, Inc., a non-profit organization with the mission of promoting and advocating for women musicians, globally! Today, we have 326 members with 172 women musicians! We have six CDs of women’s music and we are embarking on several performance projects in 2018 with our musicians. Visit our website and join us at www.wijsf.org

The point is that Mariah Carey and all the other uber stars have an opportunity to reinvent themselves and manifest something great that can carry them through their later years. Their path may not be like mine. But they can use their artistic ingenuity to develop something special that can help others, while they are helping themselves to cope with the aging process. At 70, all I can think about is the fun I’m going to have getting to 80.

Life is a canvas. Be an artist and paint your life! ~ Dr. Diva JC